Since 2005 I have been visiting more than 430 ancient greek and roman theatres around 18 countries, taking photographs and information. These blog is dedicated to all that experience.

Email ThisBlogThis!Share to TwitterShare to FacebookShare to Pinterest
Etiquetas: Italy 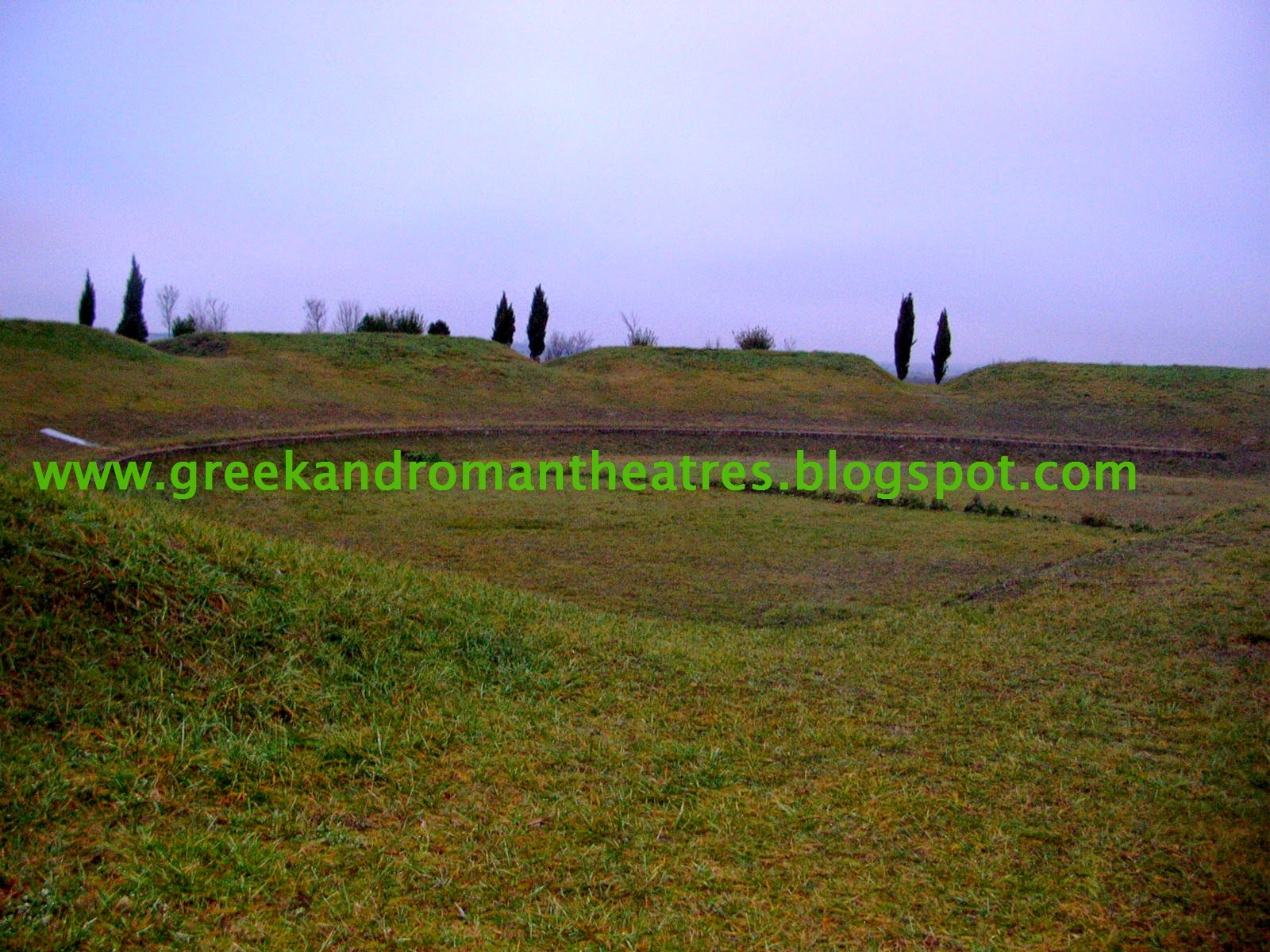 Email ThisBlogThis!Share to TwitterShare to FacebookShare to Pinterest
Etiquetas: France

OUT OF PRINT: Two times in different years I was in ancient Nysa, two times I meet the rain. A slow rain that showed me the ancient theatre, the stadium and the bouleuterion. I sat in the steps of it, hearing the rain monologue, a slow monologue that  comfort.
Publicado por Alejandro Britos en 00:22 2 comments:

Email ThisBlogThis!Share to TwitterShare to FacebookShare to Pinterest
Etiquetas: Turkey

OUT OF PRINT: David lives on Antequera. I contacted with him searching information about Singilia Barba. I tried to contact in two times with archaeologist of Antequera town hall but was not possible. David, a man in love of the ancient past of Antequera offered me to visit the ancient town. It was a great evening, giving a round by ancient Singilia with him. About the theatre... what to tell... it´s not excavated but is there, I am sure there are good remains of it but not money for it.
Publicado por Alejandro Britos en 01:27 No comments:

Email ThisBlogThis!Share to TwitterShare to FacebookShare to Pinterest
Etiquetas: Spain

OUT OF PRINT: I do not cross Mediterranean sea for being near, I try and try to search the way to be close, although shadows dogs try to discourage me. Always I wanted to be in that theatre, when I were there I knew why... all the words reject...
Publicado por Alejandro Britos en 20:26 No comments:

Since 2005 I have been looking for silences in empty greek and roman ancient theatres. That experience is what i call "The Silence Stages". 17 countries and more than 400 ancient roman and greek theatres visited. In my travels I mix my three passions: theatre, archaeology and my collection of silences.